Skip to content
Cart
Free Shipping on orders over R 1800
Feel free to contact us for more information info@everydaycyclesupplyco.com
We will import products especially for you with a 50% upfront payment 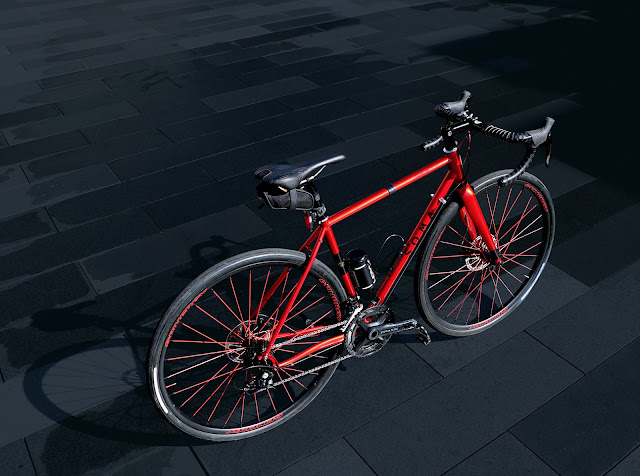 Our Smoothie road performance frame model is as old as the Soma brand itself. It started out with a classic looking level top tube design and a curved unicrown fork. The tubes were a combination of Reynolds 631 and 4130 butted chromoly . It was an affordably-priced, solid road frame aimed at commuters as much as at seasoned road cyclists.


Later iterations included a semi-compact geometry, lugged steel and carbon fork options and of course upgrading to a lighter Tange Prestige heat-treated chromoly. But the intent of the frame has never changed. Its designers never sought to make it the "most agile"or "most innovative" or promised podium finishes at your local crit. The Smoothie was just meant to be a competent and versatile road bike with smooth-riding steel tubeset. 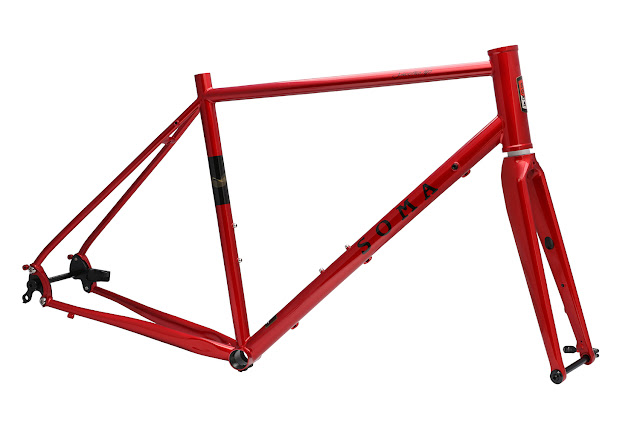 Reaching Higher
Initially we were just going to put disc mounts on the Smoothie and call it a day, but the project soon came to focus is on utilizing some of Tange's more premium Prestige Japan tubes and adding more modern road bike touches. It morphed into a High Performance version of the original Smoothie (i.e. a "High Protein" Smoothie).
The Smoothie HP uses the thinnest walled tubes of any frame in our line up, but in oversized 34.9mm and 38.1mm diameters (depending on the frame size). Those tubes and the oversized tapered chainstays (32x18mm oval) promise to increase pedaling stiffness and responsiveness. Lastly an ovalized top tube was specced to add back in vertical compliance that might be lost with the use of the fatter down tubes, but since the tube becomes wider horizontally when ovalized, it also adds a bit of torsional stiffness.

Geometry:
We wanted the high stack of an endurance road frame, but with a shorter wheelbase than our Fog Cutter and most current endurance road frames. Except for sloping top tube, we wanted a "tried and true" road geometry, so seasoned riders don't have to adapt to something novel. We avoided slackening the headtube and raking out the fork to restore "racing bike" trail numbers, which some performance brands have been doing. This we hope results in confident handling on fast descents and a responsiveness that many cyclists will enjoy.
Modern Yet Old School:
Modern touches include flat mount disc compatibility, thru-axles, ED rust-proofing coating, and a 44mm headtube.
Traditional and utilitarian touches include a BSA threaded BB shell, fender eyelets, external cable routing for less hassle during maintenance time, and down tube shifter bosses. These are not necessarily the features that win you style points on club rides, but nods to practicality and backwards compatibility have always been part of Soma's DNA.
Who Do We Think This Frame Is For?
• Cyclists who want the responsiveness of a classic road race bike, but with the stack of an endurance road bike.
• Stronger riders and former racers who like to mash hard and who might find bikes like the old Smoothie not stiff enough for their style of riding
• Cyclists that might find lightweight carbon bikes sometimes sketchy-feeling on fast descents. The HP may feel a little more planted while still communicating desirable road feel.
• Fans of steel road bikes
Since we are talking about a frame and not a complete bike, we don't want say too much about what kind of bike the Smoothie HP is.  Your choice of bar, stem and spacers determines how relaxed or racey the ride position will be. Your wheel choice will determine whether it is quick out of the gates or something that keeps its momentum on those long steady rides. As with any Soma it will be as unique as its owner. 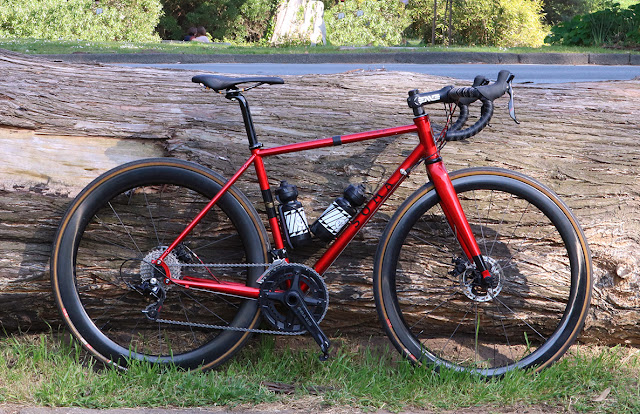 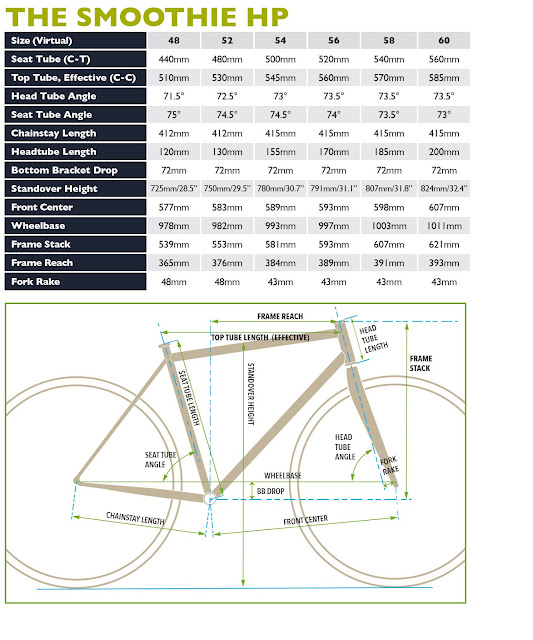